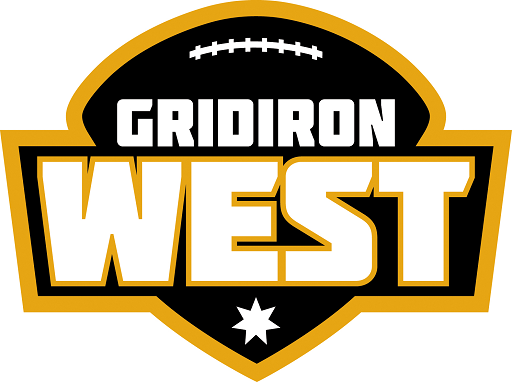 The Claremont Jets was formed in 1989 as part of an expanding Western Australia Gridiron Football League (WAGFL).

In 1996 as a result of the WAGFL folding, the Jets joined Gridiron WestThe club focuses on playing and enjoying our football as a team. At the end of the day , win lose or draw, the Jets will enjoy themselves as only the Jets do, and this is another reason why the club has remained so strong for so long.

The Curtin Saints are a university based American Football team in the Gridiron West League located at Curtin University Bentley, Perth, Western Australia.

The Hills Valkyries Gridiron Club is the first Women’s only initiated Gridiron Club in WA history! Based in the heart of the hills, Chidlow, this club is the brain child of our club president and head coach, Mike Willems.

Mike identified a need to grow the love of Gridiron in WA and in particular the Perth Hills area coupled with a passion for promoting women in sport.

Working to get the club off the ground in the midst of a global pandemic was going to be interesting. However, the founding members of the club were not undeterred! With hard work and dedication to the sport in early August, 2021 The Hills Valkyries Gridiron Club was successfully affiliated to Gridiron West!

Our Valkyrie family aims to push past women’s fear of judgement and encourages all women to take part in sport and other types of physical activity.  Our core values are what make us a club to be connected with; a family, teamwork combined with a healthy sports attitude.

Founded in 1988, the Perth Broncos American Football Club is the oldest gridiron club in Western Australia. With an inclusive culture, we count players, alumni, community volunteers, supporters and their families amongst our diverse membership. We invite people of all abilities and football experience to visit us and see what makes the Broncos more than just a football club.

The Rockingham Vipers are an American Football Club that represents the southern most districts in Gridiron West. We are based in the heart of Rockingham and take pride in being a local contributor to the sporting Community.

We are also the most successful sports club in Rockingham since our team creation in 1996, which includes both social media and on field achievements.

The club was created in 1996 by the merger of the Gridiron-West Rockingham Dolphins and now defunct league WAGLs Kwinana Seahawks. A big factor in the merger was the newly formed friendship of Viper president Jason Gastarov and Seahawks president Phil Mullin 2 life members at the club.

We are a newly formed Amateur Gridiron (American Football) Club based in the City of Swan.

The club was founded in 2017 after we identified the need to expand the Gridiron West competition into the region.​ The Swan City Titans Gridiron Club will enter teams in the Gridiron West Junior (14 to 19), Senior Women & Mens Competitions.​

The Swan City Titans are group of hard working individuals who come together through sport and kinship to form a family.​

The Titans believe in hard work, integrity, dignity, community involvement, and representing The City of Swan and its surrounding communities.​ We just love the game of gridiron. We are compensated by the enjoyment of playing hard and building long-lasting relationships.

The West Coast Wolverines are based in Craigie and were founded in 2006 by the former chairman, Ryan Cope.

The club started out with only a junior squad, however with the increasing popularity of the sport and the needs for a team in the northern suburbs, by 2010 the club had increased to two teams – a junior and senior squad. Both of which continue today.

In 2017 Gridiron West developed a women’s league, with the West Coast Wolverines entering a womens team into the 5-team league with the inaugural season kicking off in October. The womens squad qualified for the first-ever Gridiron West Womens League playoffs, however unfortunately fell short against the Perth Broncos, finishing the season third overall.

The club has been forever-growing since it started and in 2014 the junior squad triumphed by winning their first Gridiron West championship courtesy of an undefeated season.

In 2018, the Wolverines’ announced their very own flag football league running throughout June and July which will accommodate football for anyone aged 8 and up. If you are interested in joining the West Coast Flag Football League, contact the club today!

We’re recruiting new players! The Westside Steelers, based out of John Moloney Park in Marangaroo, are one of the founding clubs of the Gridiron West competition. We are one of the strongest and best established American Football (gridiron) clubs in WA.